Garden lovers Arborist,Tree and Shrub Service and Trimming,Tree Experts How to Rejuvenate Your Fruit Tree

How to Rejuvenate Your Fruit Tree 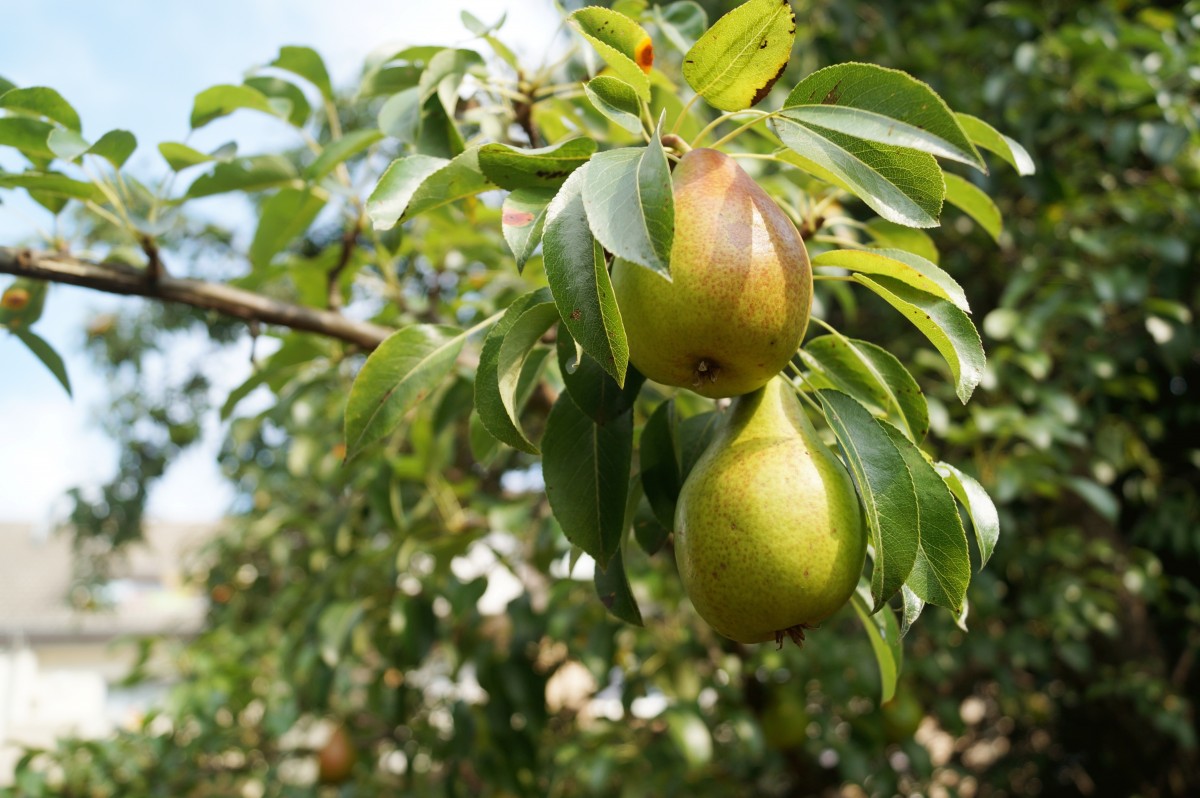 How to Rejuvenate Your Fruit Tree

– Case 2: Rejuvenate an apple or pear tree in stem or half-stem form

The rejuvenation pruning consists in renewing the fruit branches whose production is weakening. It is mainly practiced on pome fruit trees (apple and pear trees) and differs depending on whether it is a trellised or an open-air tree. Stone fruit trees are a special case.

Here is how to perform rejuvenation pruning for a tree.

Case 1: Perform a rejuvenation pruning on a trellised tree

A trellised tree that is getting old or has suffered from a lack of maintenance can react in two ways.

If the tree is stressed

A stressed tree gives priority to flowering. It presents:

– a lot of fruiting bodies that do not always produce fruit or that give a lot of small fruits;

– an absence of shoots in the extension of the carpenters.

– Remove half of the fruiting bodies.

– Remove suckers, except those intended to replace old branches.

– Fertilize with a fertilizer richer in nitrogen (N) than in phosphorus (P) and potash (K).

It takes 2 to 3 years to return to normal. A tree is considered balanced when shoots of 15 to 25 cm appear in the extension of each branch.

Good to know: the mineral content of fertilizer is indicated by the letters N-P-K. For example, 20-5-10 means that 100 g of this fertilizer contains 20 g of nitrogen, 5 g of phosphorus and 10 g of potash.

If the tree produces only vegetative organs

– a lot of foliage with very little fruit;

– shoots from the rootstock;

– suckers in the center of the tree.

The task is more complex than in the previous case:

– Remove all shoots on the rootstock.

– Remove all the suckers.

– Tilt vigorous branches by training them with wires and shortening them if necessary to calm their ardour, but not too much! Avoid trigemme pruning for 3 years.

– Dig around the grafting point to check that the scion has not put out its roots and has not freed itself from the rootstock. If so, cut the roots flush with the graft and apply 2% Bordeaux mixture to the wound before filling.

Case 2: Rejuvenate an apple or pear tree grown as a stem or half-stem 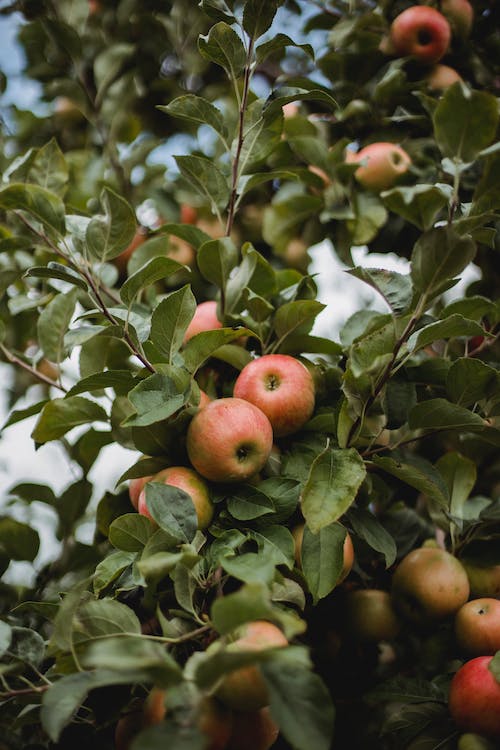 In the case of apple or pear trees grown as stems or half-stems, take action in winter:

– Cut off the branches that are losing their shape or are badly placed.

– Keep a single gourmand that will replace large branches and eliminate all the others.

– Take up torn tissues with a serpette to make the edges clean.

– Fertilize with a fast-acting complete fertilizer in the spring, then with a slow-acting fertilizer (organic fertilizer) to ensure the start of the buds.

– The following year, remember to select the regrowth to give a balanced, clear shape in the tree’s center.

It takes at least 2 years for the fruiting to resume.

Case 3: Perform a rejuvenation pruning on a stone fruit tree

Stone fruit trees react badly to pruning on branches larger than 3 cm in diameter by producing gum disease (a defensive reaction of the tree resulting in slimy discharges from the trunk and branches that can be fatal to the tree). However, their branches weaken, and renewal can be applied with certain precautions.

The rejuvenation of a stone tree grown as a stem or half-stem should be done gradually over 3 or 4 years and preferably in the summer, at harvest time, in order not to disturb the tree too much and to make healing faster.

– Using a ladder and a weeder, shorten 1/3 of the branches that are too long, often drooping, sometimes exceeding 2 m in length, and whose production is running out of steam :

◦ Select branches all around the tree so that it maintains a balanced habit.

◦ Select a cutting area, so the branch diameter does not exceed 3 cm.

– Remove small branches that cross or grow toward the tree’s center.

– The following year, shorten another third of the branches. A shoot born at the base of the branch cut the previous year will replace it if the tree is still vigorous in half the cases.

– Repeat the same action in the third summer.

Equipment needed to do rejuvenation pruning for a tree 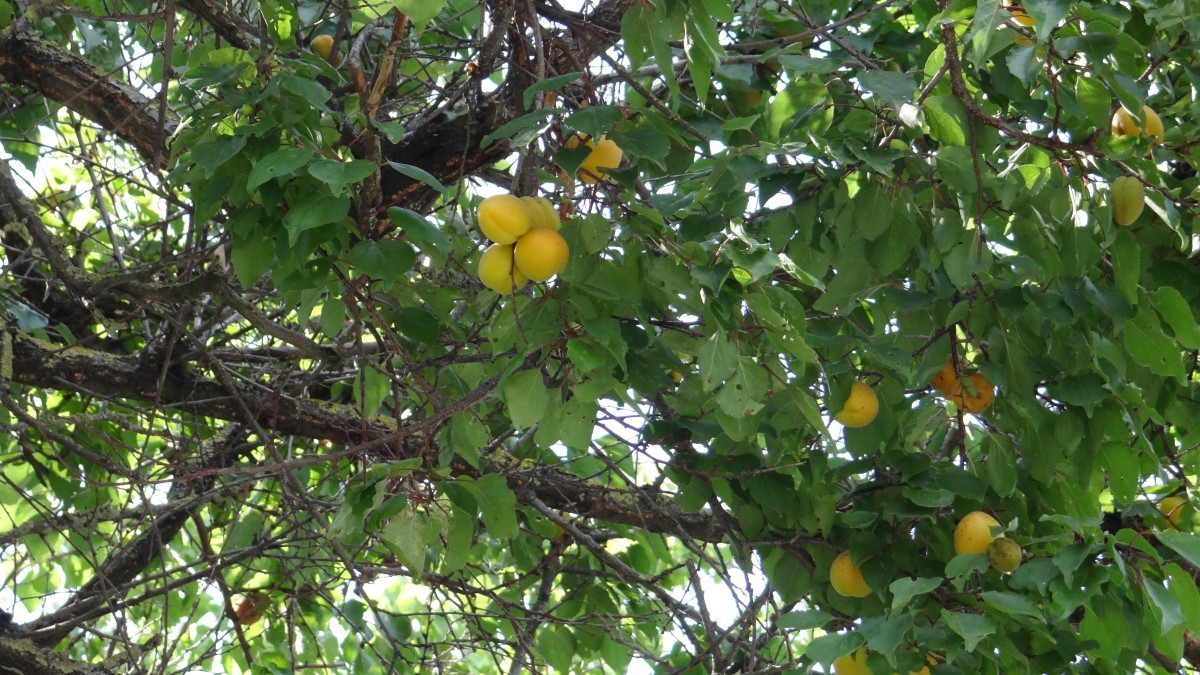 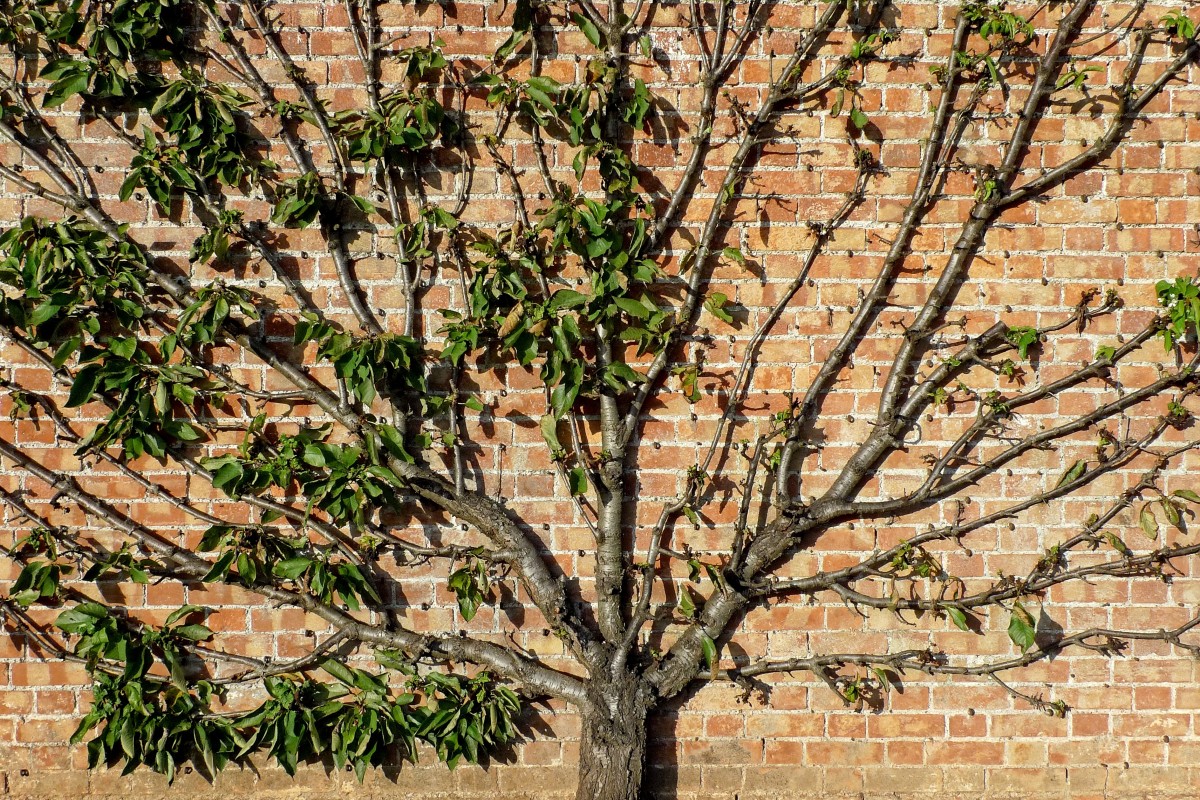 Why Prune Fruit Trees Maintenance pruning is necessary for the development of fruit trees. Maintaining your fruit trees means pruning them but also thinking about watering them and remembering the 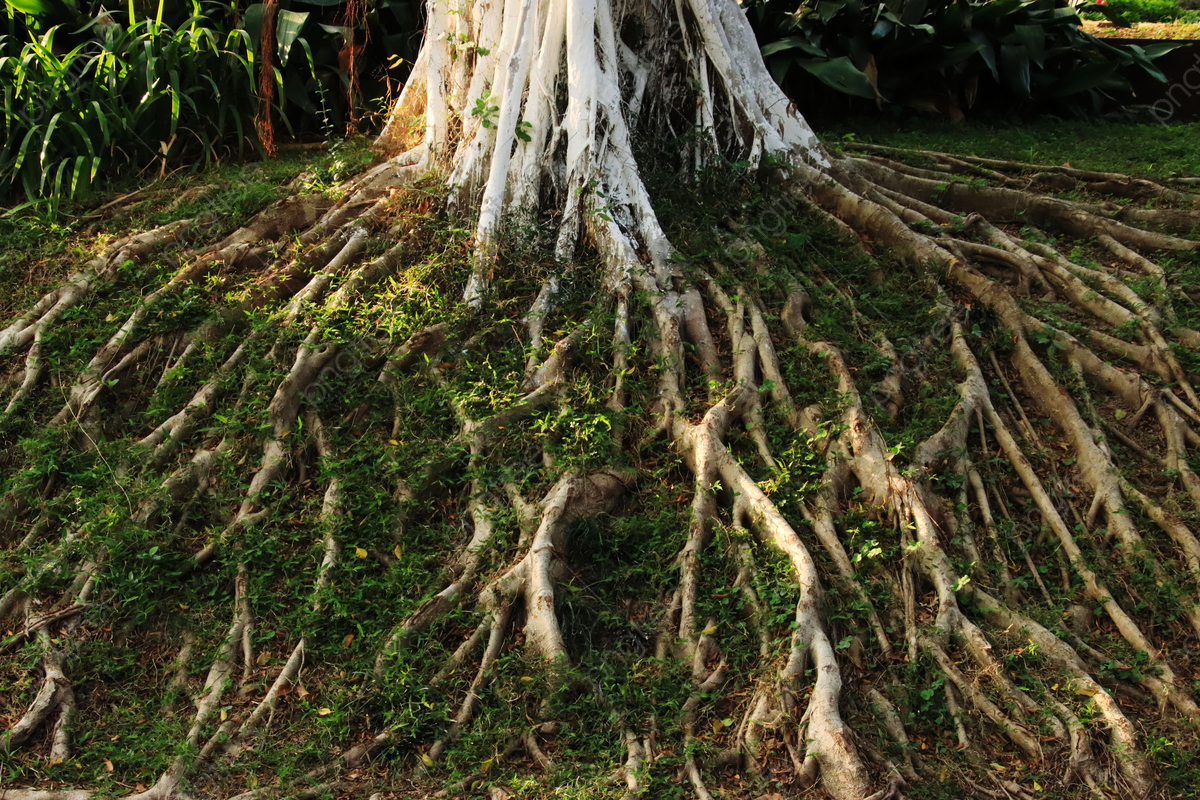 When roots are above the soil, they can be easily damaged. If you want to protect your trees, have a look at the solutions proposed below. Cover the Exposed Roots