How to Train a Fruit Tree in Palmette 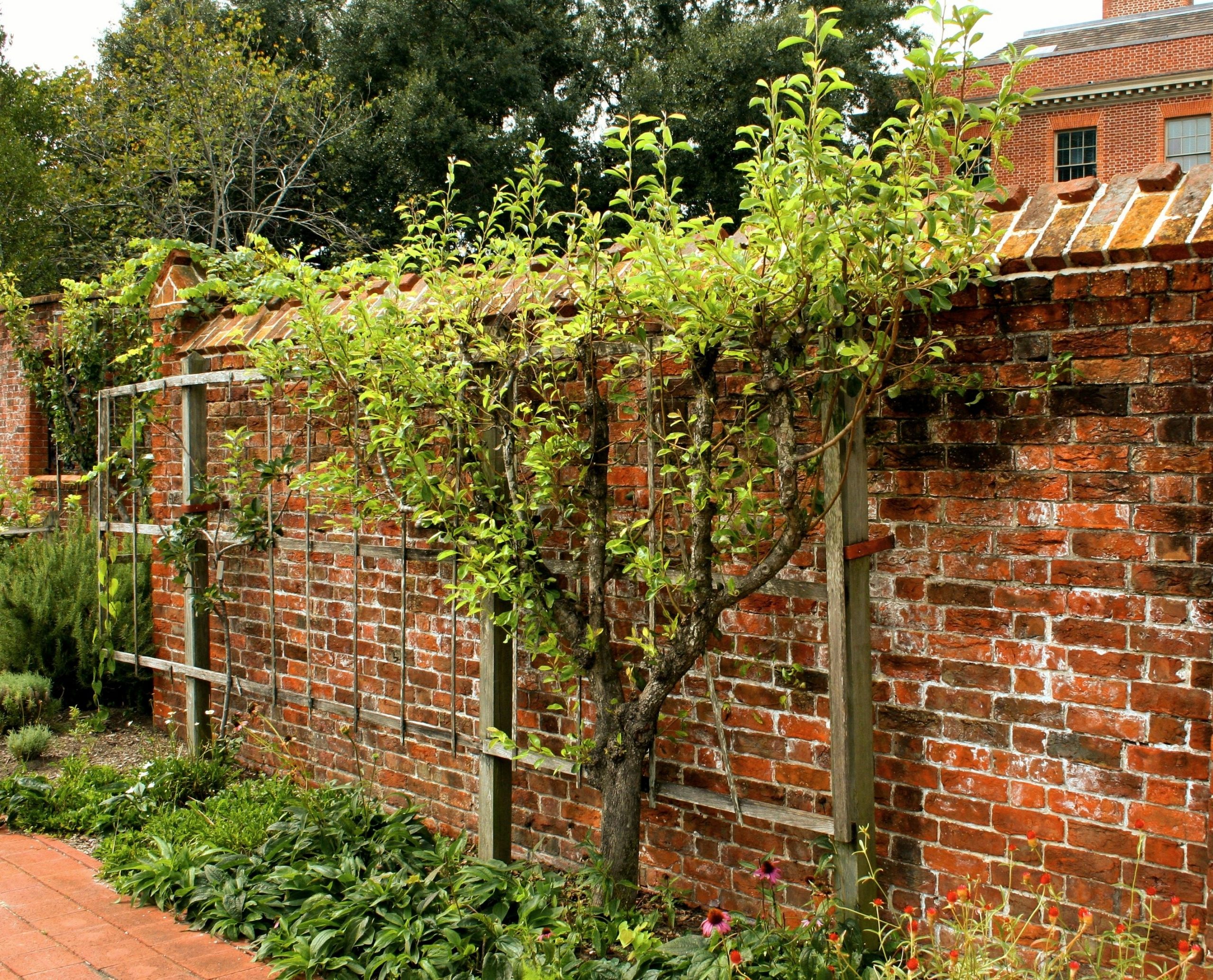 How to Train a Fruit Tree in Palmette

Trees with a “palmette” structure offering clusters of juicy, sun-drenched fruit are a delight to the eye. Trellising allows you to manage a tree in different ways, according to various patterns. Among the multitude of possible trellises, the palmette trellis is the most popular, but also one of the most delicate to achieve.

Unlike “open air” trees, whether they are high or low stems, trellised fruit trees all follow a preconceived development pattern. No shoot, no arch is the fruit of chance; each curvature is perfectly controlled. The trellising technique is very old. Some medieval illuminations attest to it, and some ancient literary works also evoke it.

For those who own a few fruit trees, it is very wise to opt for a directed form of fruit tree management because, contrary to open-air trees, trellising, a fortiori in palmettes, has several advantages:

– sunlight and air between the branches is improved;

– the branches are accessible for pruning and maintenance;

– the fruits are within reach for picking;

– the proliferation of insect pests and diseases in the orchard is considerably reduced;

– the yield is higher.

The different shapes of palmettes are not innumerable but still quite numerous.

Among the most common and least complicated to make are

– The simple U-shaped palmette: it is composed of two vertical and parallel carpenter branches coming from the same foot (scion). This simple U shape resembles a tuning fork.

– The Verrier palmette: the scion has developed three carpenter branches in the shape of a trident. The central branch has been driven in such a way as to open into a U shape. The final result of the Verrier shape is a U within a U, reminiscent of a fork structure.

– The oblique palmette: this shape is explicit. The branches develop diagonally along a single carpenter branch. The oblique can be ascending or descending (from one tree to another). Downward and upward slants planted in a staggered pattern are very graphic. This type of palmette is particularly suitable for cherry trees.

Other forms of palmette, less common:

– Palmette à la diable: despite its name, it is not diabolical to make… It is composed of a succession of double divisions and double subdivisions of each lateral branch emanating from the scion. It can be compared to a family tree with two distinct branches from the same base. This form of palmette is notably used for pomegranate, peach, apricot and persimmon trees.

– Fan palmette: the single carpenter branches (generally leaving no room for secondary branches) develop from the base in a fan shape.

– Concentric palmette: the scion, very high, at least one meter, is surmounted by a snail-like branching.

Palmette fruit tree: at the beginning of the trellising

It’s time to decide on the ideal location for palm trees.

This is the method of growing a tree against a wall.

The cultivation of espaliered fruit trees is recommended because the walls store heat and give it back to the tree at night. The fruit set is faster.

The trees are planted in hedges or fences along a wire. The stakes must be firmly anchored in the ground to prevent the tree from bending under the weight of the fruit.

Good to know: the complex shapes of the palmette tree preferably require an espalier culture because the branches, weighed down by the weight of the fruits, will be more easily maintained against a wall than along a wire.

Palmette fruit tree: already trained or scion to train yourself?

Nurserymen or specialized stores can propose two types of fruit trees: those already shaped according to a pre-established trellising form (which can be other than palmette forms, such as cords and goblets…), or scions which each gardener’s inspiration will be able to guide the conduct.

The planting and lathing (making a framework with wood or very strong wire to arch the framework of the fruit tree) differ according to the case:

– In the case of a preformed tree: it is preferable to plant the tree before making the lathing. The lathing must adapt to the already established shape of the branch, and it would be difficult and dangerous to constrain an already designed framework.

– In the case of a bare scion: it is better to proceed with the lathing before planting. This way, the tree’s tender young branches will not be bruised by the installation of harmful wires.

Good to know: in all cases, remember to praline (coat with clay mud) the tree’s roots to encourage its rooting in the soil. 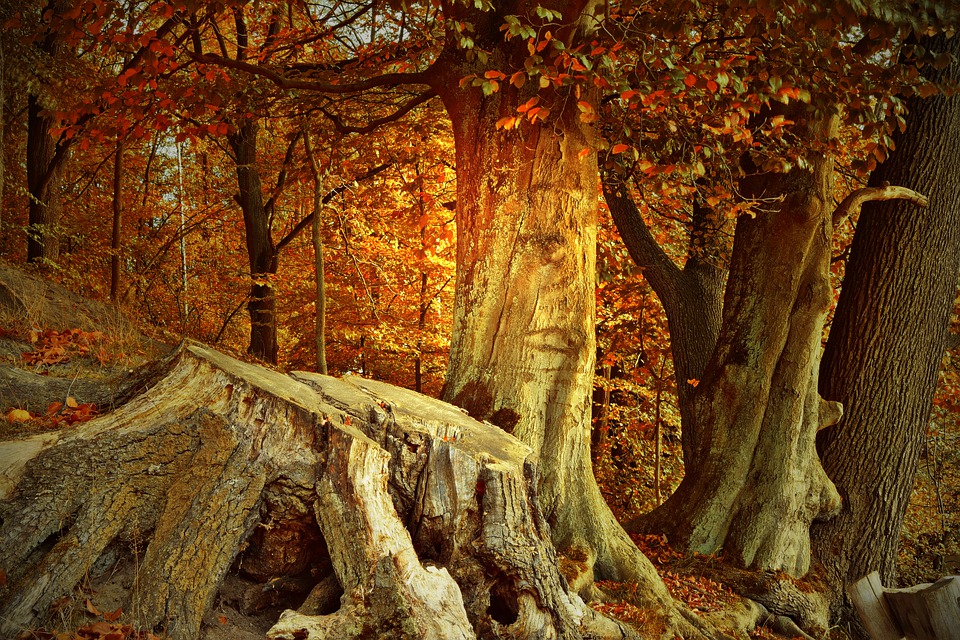 How to Remove a Stump You have felled a tree, but the stump emerges from the ground, well-rooted in the middle of the lawn. You would like to make a 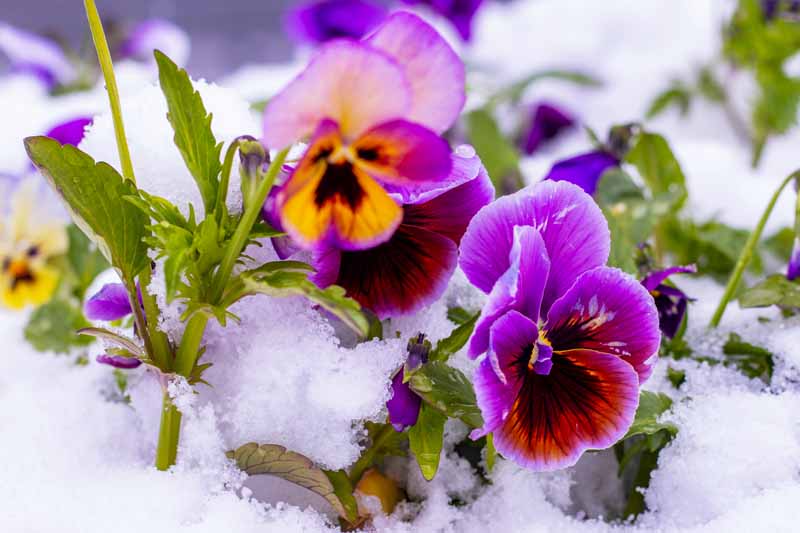 Have you ever dreamed of a winter garden? You don’t need a temperate greenhouse to have plants that thrive all year round, Many plants do just fine at several degrees